The new test coverage introduced in this post verifies there is no hole in the recovered data in either type of crash. A hole would exist if any recovered write were newer than any lost write, as illustrated below. This guarantee is important for many applications, such as those that use the newest recovered write to determine the starting point for replication.

Valid (no hole) recovery: all recovered writes (1 and 2) are older than all lost writes (3 and 4)

Invalid (hole) recovery: a recovered write (4) is newer than a lost write (3)

The new test coverage assumes all writes use the same options related to buffering/persistence. For example, we do not cover the case of alternating writes with WAL disabled and WAL enabled (WriteOptions::disableWAL). It also assumes the crash does not have any unexpected consequences like corrupting persisted data.

Testing actual system crashes would be operationally difficult. Our solution simulates system crash by buffering written but unsynced data in process memory such that it is lost in a process crash. See “Simulating system crash” subsection below for more details.

We began testing recovery has no hole in the following new scenarios. This coverage is included in our internal CI that periodically runs against the latest commit on the main branch.

As the name “Latest values file” implies, this test oracle only tracks the latest value for each key. As a result, this setup is unable to verify recoveries involving lost buffered writes, where recovering older values is tolerated as long as there is no hole. 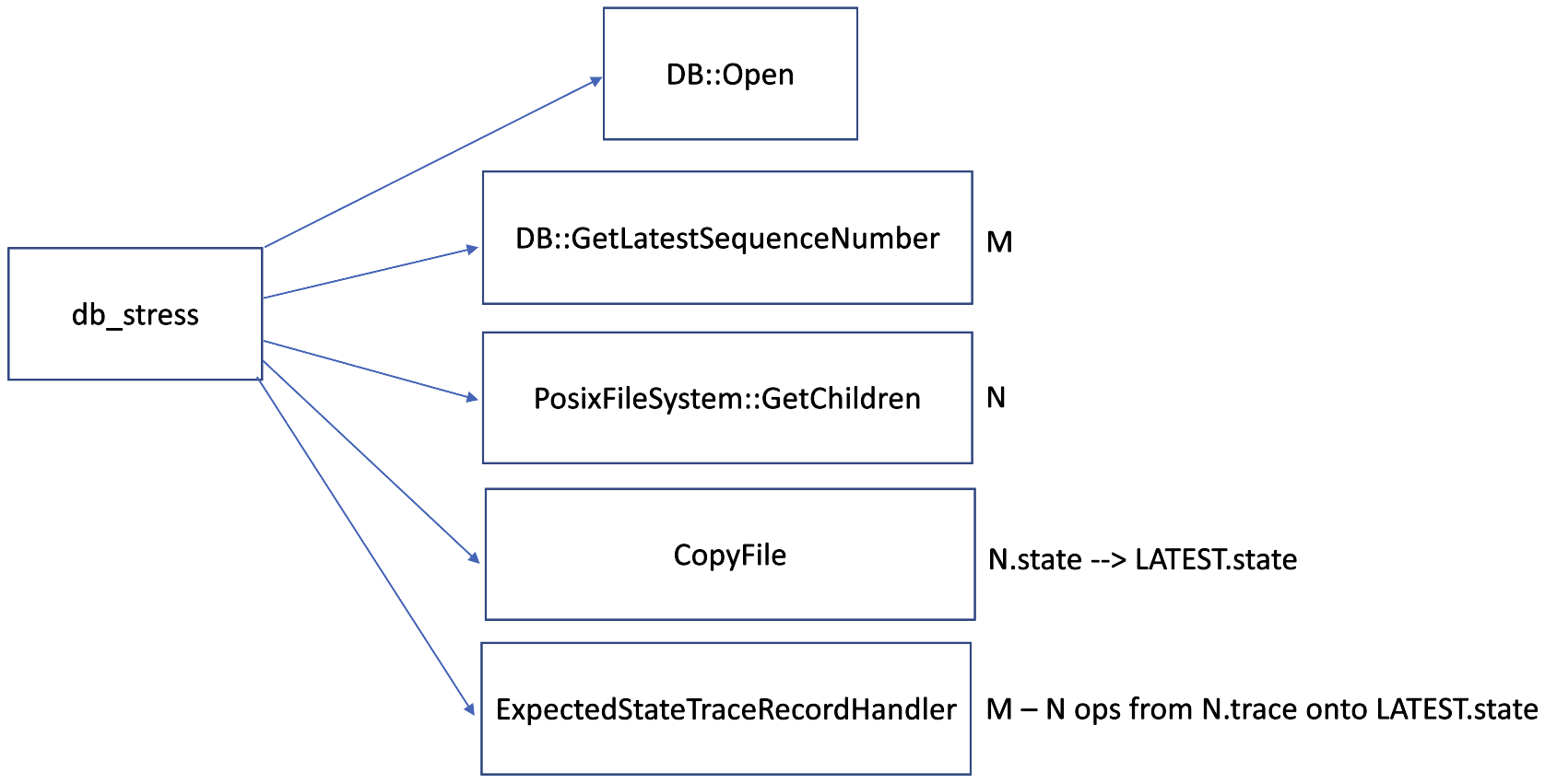 When buffered writes may be lost by the current db_stress instance, we save the current expected values into “M.state” and begin tracing newer operations in “M.trace”.

When simulating system crash, we send file writes to a TestFSWritableFile, which buffers unsynced writes in process memory. That way, the existing db_stress process crash mechanism will lose unsynced writes.

TestFSWritableFile is implemented as follows.

An untested guarantee is that RocksDB recovers all writes that the user explicitly flushed out of the buffers lost in the crash. We may recover more writes than these due to internal flushing of buffers, but never less. Our test oracle needs to be further extended to track the lower bound on the sequence number that is expected to survive a crash.

We would also like to make our system crash simulation more realistic. Currently we only drop unsynced regular file data, but we should drop unsynced directory entries as well.